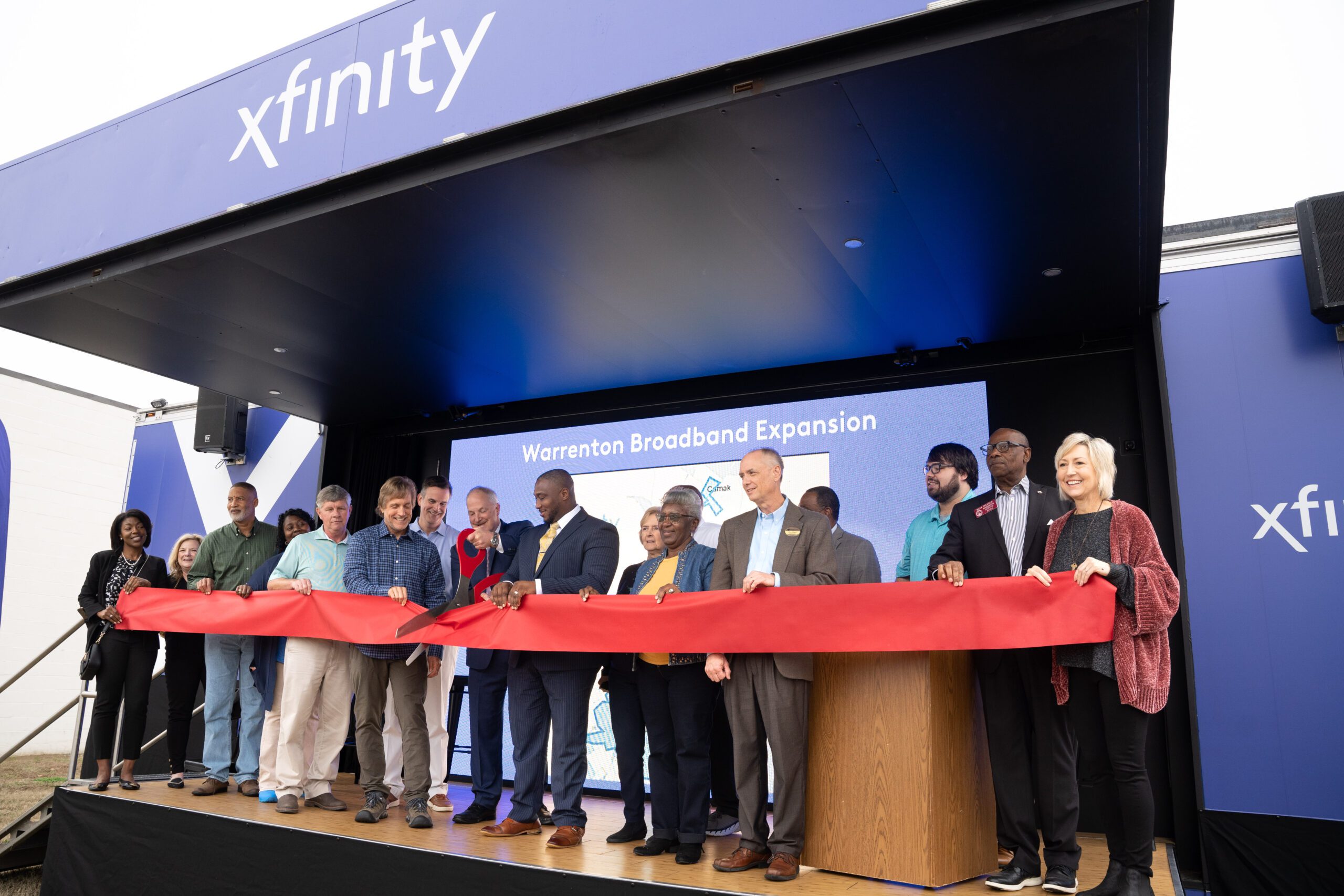 WHAT: Comcast will join community officials to celebrate the completion of a broadband expansion to 1,360 underserved homes and businesses in the Cities of Warrenton and Camak, as well as in portions of unincorporated Warren County. Residents and businesses in Comcast’s service footprint now have access to a full suite of advanced communications services including gigabit internet speeds. The expansion was made possible by a $350,000 contribution by Warren County and the Cities of Camak and Warrenton, and by private funding from Comcast.

To commemorate the expansion, Comcast will host a ribbon-cutting ceremony on December 9th at 1:00 p.m. at the Community Services Building, located at 48 Warren Street in downtown Warrenton. At the event, the Xfinity retail pop-up store – a 43-foot trailer with an LED screen – will be present and residents can sign up for Internet Essentials and the Affordable Connectivity Program (ACP).