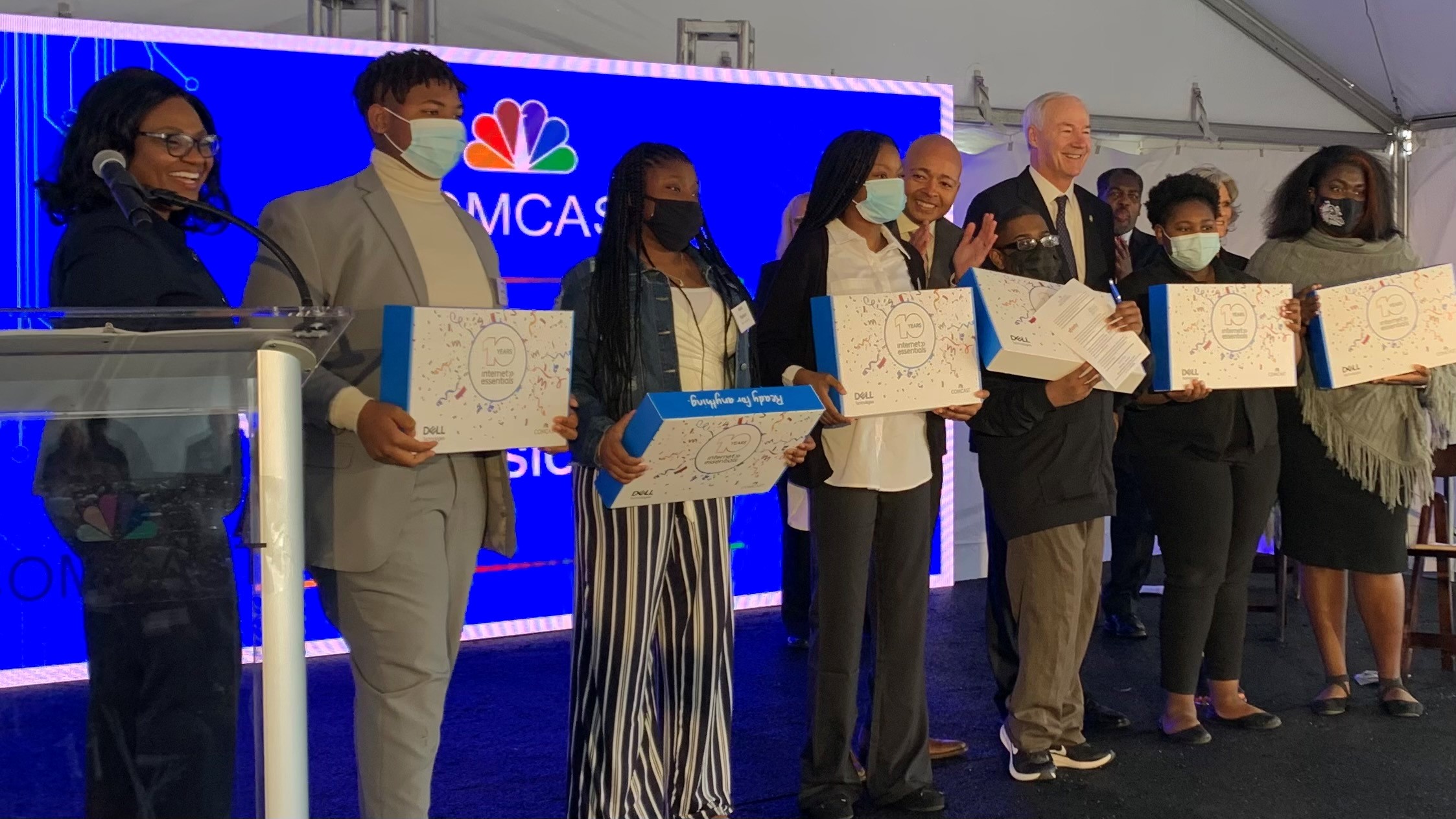 “I often say that with accessible and affordable broadband, you can rule the world from your front porch,” Governor Asa Hutchinson said. “With this significant expansion, Comcast is offering hundreds more people that opportunity. Now, fewer Arkansans will have to choose between living in a rural area and broadband.”

The two broadband expansions were made possible in part through the Arkansas Rural Connect (ARC) program, which was created to increase broadband access to Arkansas’s rural areas and underserved citizens. The cities of Earle and Parkin applied for the ARC grant to support distance learning and telehealth, and to connect citizens to more opportunities in the workforce.

“As more Arkansans work from home and engage in distance learning, this partnership could not have come at a better time,” said Earle Mayor Sherman Smith, Sr. “I am thrilled to align with Comcast to provide the essential service of high-speed internet to our residents and businesses.”

“The impact of this project will be monumental to those who live or work in Parkin,” said Parkin Mayor Diane Patterson. “I look forward to strengthening our community thanks to this critical broadband expansion.”

During the celebration today in Downtown Earle, Comcast surprised local students and teachers with 500 laptops. The laptops will support Earle and Parkin student education and youth leadership programs.

“Today’s announcement is a true milestone for residents and businesses in Earle and Parkin,” said Jason Gumbs, Regional Senior Vice President at Comcast. “We are proud to bridge the digital divide and look forward to the long-term impact this expansion will have.”

In addition to Comcast’s wide range of internet offerings including $9.95 per month Internet Essentials to the super-fast 1.2 gigabit service, residential customers in these areas will also have access to the following Xfinity services:

Area businesses will also have access to a full suite of Comcast Business services, including
1-gigabit internet, Wi-Fi, video and other solutions to assist organizations of all sizes.