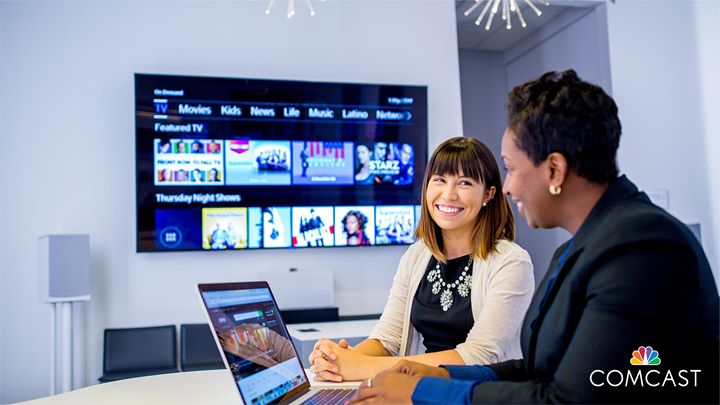 ATLANTA – Jan. 7, 2020 – The City of College Park announced it has partnered with Comcast to install sensors that will alert the municipality when its trash receptacles are nearing full capacity. Comcast has installed its MachineQ Gateway, which will connect sensors to the city’s receptacles, addressing concerns by residents and businesses of ongoing trash overflow issues.

According to City of College Park Chief Information Officer Michael Hicks, the “Smart Trash Receptacles” were born out of a need for beautification and efficiency.

“For College Park to achieve its goal of becoming a smart city, we must begin to take a more progressive approach to how we operate and manage our services,” said Mr. Hicks. “Our partnership with Comcast opens the door for us to begin using technology to support our daily operations, making us more efficient and effective in the long-run.”

Located near a major MARTA station, and adjacent to several businesses on Main Street and Virginia Avenue, College Park is a haven for trash can overflow. Mr. Hicks, along with the city’s Public Works team, developed two critical solutions. The first was to increase the density of the trash receptacles to enable them to hold more waste.

“More important, however, was the need for our city to identify some additional long-term initiatives that we could eventually implement, which led us to Comcast,” said Mr. Hicks. “For example, we would like our growing business community to become more engaged with the needs of our residents and visitors. Clearly, having this technology at our disposal will be a game-changer for College Park in the future.”

The new technology will allow the city to scale up to 500,000 devices over the next decade, which paves the way for a variety of smart technologies that could benefit College Park, its residents and its visitors, including:

“We applaud College Park’s vision to become a true smart city,” said Jason Gumbs, Comcast’s Regional SVP based in Atlanta. “As the city explores additional options where technology can improve the user experience, Comcast will partner closely with College Park to deliver those advanced solutions.”

Named one of Atlanta Magazine’s “Best Places to Call Home”, the City of College Park has seen tremendous residential and commercial growth in recent years. Located near the Hartsfield-Jackson Atlanta International Airport, Interstates I-85 and I-285, the CSX Railroad and Metropolitan Atlanta Rapid Transit Authority (MARTA), residents and visitors alike enjoy the city’s local restaurants, lodging, parks and recreation, and community events.