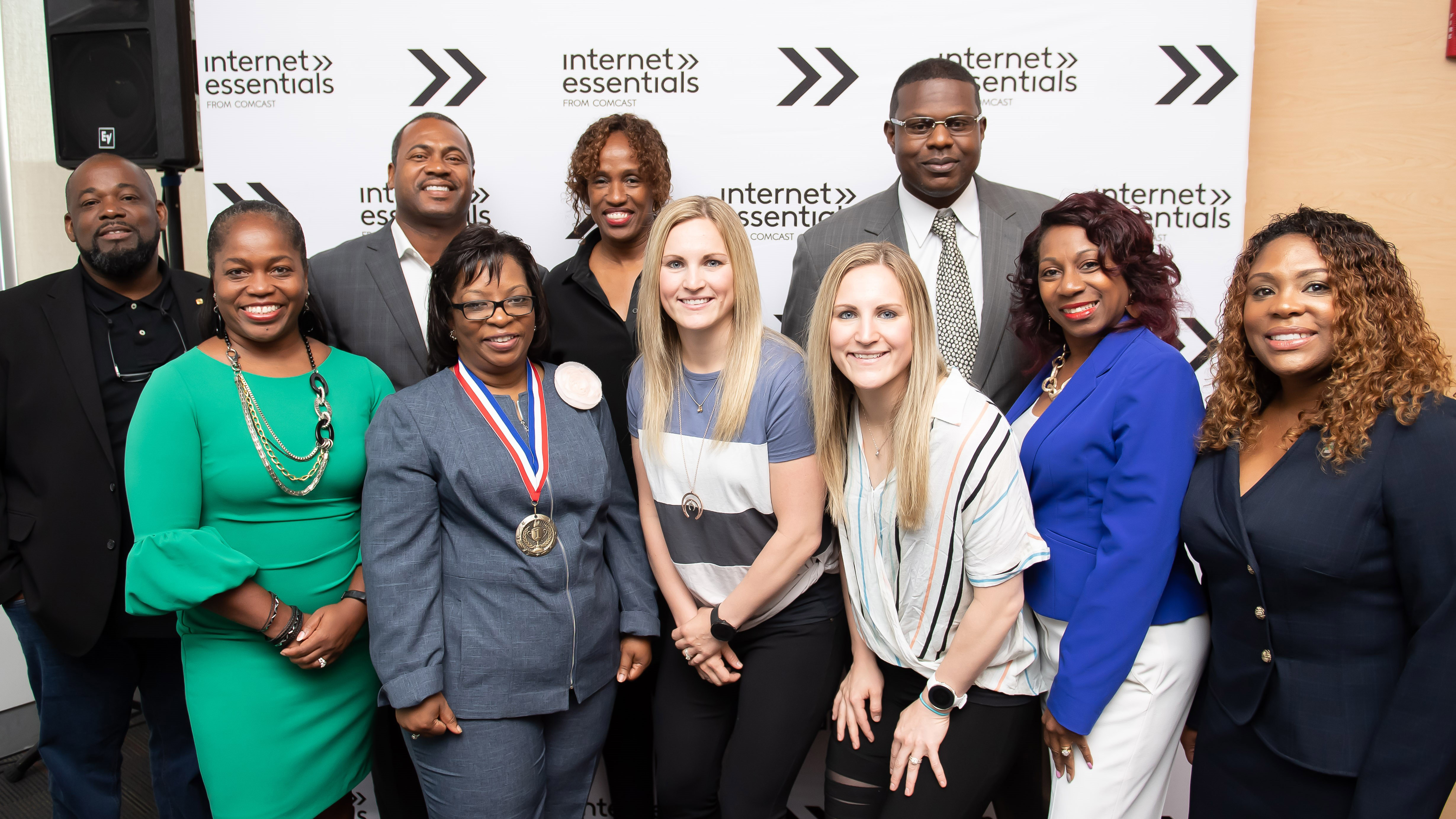 Company Announces Internet Essentials Program Has Connected More Than Eight Million People Nationwide, Including More Than 300,000 in Tennessee and Nearly 150,000 in Greater Memphis

MEMPHIS, Tenn. – September 6, 2019 – Memphis Mayor Jim Strickland, U.S. Congressman Steve Cohen, and State Representative Karen Camper joined Comcast at a series of events across Memphis today to announce the largest eligibility expansion of Internet Essentials in Tennessee.  The program, which is the nation’s largest, most comprehensive, and most successful low-income broadband adoption initiative, will now have double the number of eligible low-income households and include people with disabilities and seniors.

Since August 2011, Internet Essentials has connected more than eight million low-income individuals, from two million households, to the Internet at home, most for the very first time.  This number includes more than 300,000 residents across Tennessee, nearly 150,000 of whom live in Greater Memphis.  Memphis is also the sixth best city in the nation in terms of overall participation in the program.

“This expansion is the culmination of an audacious goal we set eight years ago, which was to meaningfully and significantly close the digital divide for low-income Americans,” said David L. Cohen, Senior Executive Vice President and Chief Diversity Officer of Comcast NBCUniversal.  “Whether the Internet is used for students to do their homework, adults to look for and apply for new jobs, seniors to keep in touch with friends and family, or veterans to access their well-deserved benefits, it is absolutely essential to success in our modern, digital age.”

“Today’s events are a celebration of digital inclusion and equity for thousands of Memphis residents who have overcome the barriers to broadband adoption, with help from generous community organizations and partners like Comcast,” said Memphis Mayor Jim Strickland.

The first event held today was a digital literacy assembly at Cummings K-8 School where more than 100 students were surprised with free laptops and one year of Internet Essentials service.

“Science, Technology, Engineering, and Mathematics (STEM) courses are offered at Cummings K -8 to provide students with learning experiences that will prepare them for life after graduation,” said Shelby County Board of Education Chair Shante K. Avant.  “As we continue to raise awareness and bridge the digital divide, we appreciate our partnership with Comcast to give our students invaluable opportunities and resources.”

At the second event, Comcast and the Olympic Gold Medalists attended a “Make a Difference” luncheon where they joined the Memphis Women’s Foundation for a Greater Memphis to highlight the need for women to support each other on issues related to gender equity and economic empowerment.

“We’re proud to partner with Comcast to help close the digital divide here in Memphis,” said Jocelyne Lamoureux-Davidson.  “It’s crucial that we help all low-income Americans gain an internet connection at home, especially to provide access for women and their families, so everyone has a fair playing field on which to compete in sports and in life.”

During the luncheon, Comcast announced a grant to the Women’s Foundation for a Greater Memphis and a grant to CodeCrew to support digital job skill training associated with the group’s Vision 2020 Strategic Plan.  Additionally, in partnership with Dell, an equipment grant was announced for technology upgrades at the South City Community Resource Center at Booker T. Washington School.

At the third event, Comcast hosted a digital showcase for seniors and announced a partnership with the Memphis Urban League to support broadband adoption for seniors.  Comcast presented an accelerator grant to the Memphis Urban League to help arm seniors with the proper tools and training to safely stay connected with friends and family, and important medical information and resources.

Since August 2011, Internet Essentials has connected more than eight million low-income individuals, from two million households, to the Internet at home, most for the first time in their lives.  To apply for the program, low-income applicants simply need to show they are participating in one of more than a dozen different government assistance programs.  A full list can be found at www.internetessentials.com.

Internet Essentials has an integrated, wrap-around design that addresses each of the three major barriers to broadband adoption that research has identified.  These include: a lack of digital literacy skills, lack of awareness of the relevance of the Internet to everyday life needs, and fear of the Internet; the lack of a computer; and cost of internet service.  The program is structured as a partnership between Comcast and tens of thousands of school districts, libraries, elected officials, and nonprofit community partners.  For more information, or to apply for the program in seven different languages, please visit www.internetessentials.com or call 1-855-846-8376. Spanish-only speakers can also call 1-855-765-6995.

We are working to get your Xfinity services back online.  As power returns in your area, and it becomes safe for our technicians and restoration crews, we will … END_OF_DOCUMENT_TOKEN_TO_BE_REPLACED

In Honor of Comcast Awarding Over $100,000 in Leaders and Achievers  Scholarships to High School Seniors Across Georgia Comcast NBCUniversal today announced … END_OF_DOCUMENT_TOKEN_TO_BE_REPLACED