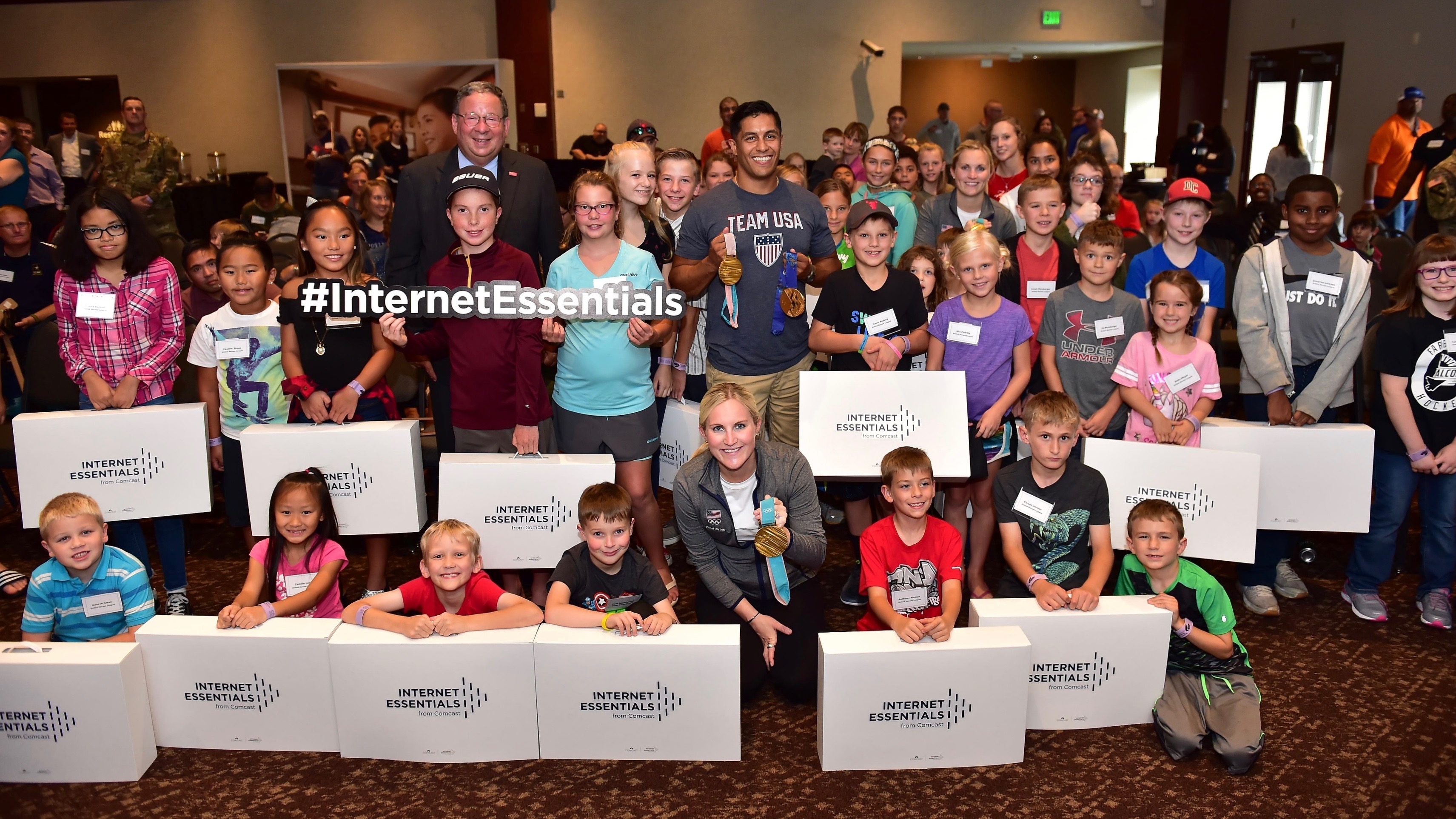 Company’s Internet Essentials Program has connected more than six million low-income individuals to the internet, including 60,000 in Mississippi.

JACKSON, MISS. – Oct. 8, 2018 — Comcast is hosting a series of events across the City of Jackson today designed to raise awareness of the urgent need to help local low-income families, students, and veterans get connected to the Internet and receive the digital literacy training necessary to be successful in today’s fast-paced, global economy.

Comcast announced it has connected more than six million low-income Americans to the Internet through its Internet Essentials program, which is the largest and most comprehensive high-speed Internet adoption program for low-income families in the U.S.  This number includes more than 60,000 residents across the state of Mississippi.

Comcast also announced it will significantly expand eligibility – for the 11th time – to low-income veterans, including one million nationally.  According to the United States Census Bureau’s 2016 American Community Survey, nearly a third of low-income veterans do not have Internet access, and less than 60 percent own a computer.

“This program has had an enormous impact on millions of families and children who now have high-speed Internet at home, most for the first time in their lives,” said David L. Cohen, Senior Executive Vice President and Chief Diversity Officer.  “We’re excited to extend that same opportunity to more than one million low-income veterans nationally. Veterans have stood up for our country; now it’s time for us to stand up for them by providing access to life-changing digital tools and resources.”

Senator Roger Wicker (R-MS), Director of the Mississippi Veterans Affairs Board Stacey Pickering, and David L. Cohen are revealing the expansion of Internet Essentials to the veterans community at a military appreciation event today at the War Memorial Building in Jackson.  Local veterans, elected officials and community leaders will attend the event.  Comcast is also announcing it will provide three grants to Jackson-area nonprofits.

Two of these grants will support occupational technology training for veterans who are pursuing civilian careers.  The grants will benefit Innovate Mississippi, Boys and Girls Club of Central Mississippi, and Voice of Calvary Ministries.

In addition, Comcast is holding a digital literacy assembly at the Boys and Girls Club of the Salvation Army in Jackson to help accelerate digital literacy efforts in the area.  During the rally, 100 students will be surprised with free laptop computers.

According to the U.S. Census American Community Survey, 71 percent of all Mississippi households subscribe to broadband at home, but only 52 percent of households with an annual income of less than $35,000 do.  To attack that problem, Internet Essentials has an integrated, wrap-around design meant to address each of the three major barriers to broadband adoption that research has identified.

These include: a lack of digital literacy skills, the lack of a computer, and the absence of low-cost Internet service.  The program is also structured as a partnership between Comcast and tens of thousands of school districts, libraries, elected officials, and nonprofit community partners.

Internet Essentials from Comcast is the nation’s largest and most comprehensive high-speed Internet adoption program for low-income Americans.  It provides low-cost high-speed Internet service for $9.95 a month plus tax; the option to purchase an Internet-ready computer for under $150; and multiple options to access free digital literacy training in print, online and in person.  For more information, or to apply for the program, visit https://comca.st/2PlIUuS or call 1-855-846-8376.  Spanish-only speakers should call 1-855-765-6995.

We are working to get your Xfinity services back online.  As power returns in your area, and it becomes safe for our technicians and restoration crews, we will … END_OF_DOCUMENT_TOKEN_TO_BE_REPLACED

In Honor of Comcast Awarding Over $100,000 in Leaders and Achievers  Scholarships to High School Seniors Across Georgia Comcast NBCUniversal today announced … END_OF_DOCUMENT_TOKEN_TO_BE_REPLACED