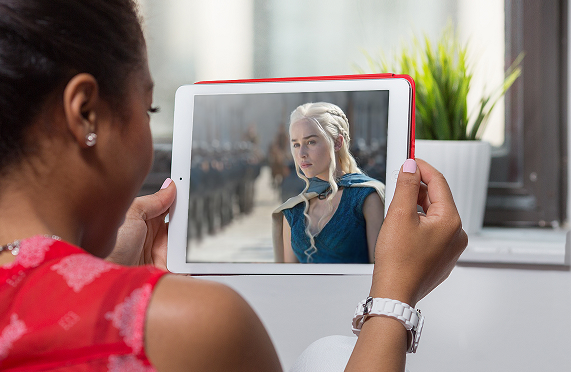 MEMPHIS – Christian Brothers University (CBU) today announced the launch of Xfinity On Campus, a service that lets its students watch live TV, On Demand and DVR’d content on their IP-enabled devices, including laptops, tablets and smartphones. The service is included with room and board for students living in on-campus housing.

The service also includes access to thousands of current season TV shows and hit movies via Xfinity On Demand. While off campus, students can use their university credentials to authenticate and access online programming that’s part of their subscription via TV Everywhere websites and apps such as WatchESPN and FXNOW.

“CBU has spent the last several years modernizing the campus network, allowing us to launch innovative services like Xfinity On Campus,” said Aaron Lamey, Christian Brothers University Director of IT Infrastructure & Support. “This new service meets the needs of our resident students in an exciting way, and we are proud to lead the region in offering XOC.”

Millennials are the largest generation in the U.S. and are watching more TV on computers, tablets and smartphones than ever before. At the same time, 106 million Americans watch TV online today, and that number is expected to grow to 145 million by 2017.

“CBU is among the first institutions of higher learning in Tennessee to offer the cutting-edge experiences that Xfinity on Campus provides,” said Larry Williamson, Area Vice President for Comcast. “We appreciate CBU’s partnership in this important technology investment for students.” Comcast has also partnered with Tennessee State University and Lipscomb University in Nashville to launch Xfinity on Campus.

Students can also upgrade their Xfinity On Campus accounts to include a selection of premium channels, including HBO, Showtime, and STARZ, as well as the Sports Entertainment Package, which includes popular channels like ESPN Goal Line.

Powered by Comcast’s cloud-based X1 Entertainment Operating System, Xfinity On Campus provides an opportunity to introduce a younger generation to the company’s next-generation video product. X1 delivers an immersive and personalized entertainment experience across all devices in an interface that is sleek, intuitive and makes search and discovery of content easier than ever.

Xfinity On Campus is easy and cost-effective for a university’s IT department to maintain. Students are asked to visit https://xfinityoncampus.com, type in their school name, authenticate with their student user name and password, and then click the “Start Watching” button. Once authenticated, students can watch anytime by simply visiting https://xtv.comcast.net and clicking on the “Start Watching” button or by downloading the Xfinity TV app. While off-campus, students can use their university email credentials to authenticate and access programming via third-party TV Everywhere sites and apps.

We are working to get your Xfinity services back online.  As power returns in your area, and it becomes safe for our technicians and restoration crews, we will … END_OF_DOCUMENT_TOKEN_TO_BE_REPLACED

In Honor of Comcast Awarding Over $100,000 in Leaders and Achievers  Scholarships to High School Seniors Across Georgia Comcast NBCUniversal today announced … END_OF_DOCUMENT_TOKEN_TO_BE_REPLACED