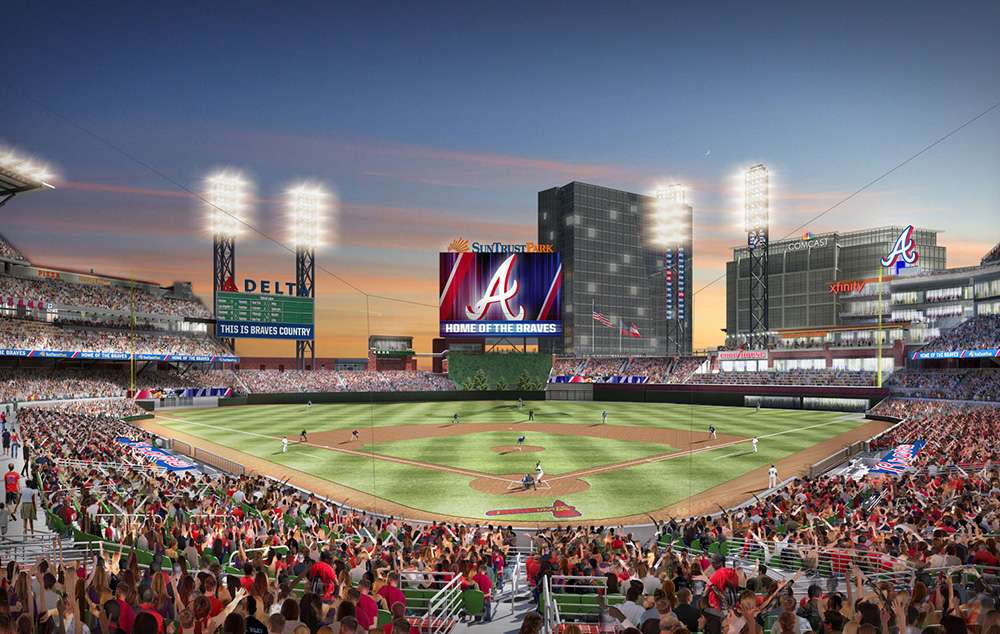 Atlanta, GA – August 1, 2016 – Comcast Business today announced it is building a new multi-site enterprise network for the Atlanta Braves that will connect the Braves’ front offices at SunTrust Park with minor league team operations in Georgia and Virginia.

“More than ever, we needed a communications infrastructure across multiple sites that would give us fast, reliable communications and more than enough capacity to accommodate a host of emerging technology applications,” said Atlanta Braves President of Development Mike Plant. “This is exactly the sort of technology investment that can ultimately translate into a competitive advantage for us on the field, and a great experience for fans.”

The agreement calls for Comcast Business to provide two 100 Gigabit-per-second (Gbps) Ethernet lines into the Braves’ new ballpark, which is slated for completion in 2017. This Ethernet Network Service solution will connect the Braves’ new front offices at SunTrust Park to the club’s minor league teams in Rome and Gwinnett County, Georgia and in Danville, Virginia, as well as a sales location at CNN Center in downtown Atlanta. Comcast Business will also support phone services at the Braves’ SunTrust Park offices.

High-performance Ethernet Private Line service will enable the Braves to share business-critical data over a dedicated, private circuit infrastructure. This five-site Ethernet Network Service solution will support speeds between 20 Mbps and 200 Mbps to facilitate communications between the front office and the minor league teams.

When completed, the network operated by Comcast Business will be one of the largest stadium and mixed-use development installations in the country with exceptional capacity driven by the two 100 Gbps Ethernet lines, and will support more than 700 Wi-Fi access points throughout the mixed-use complex.

“The speed and capacity of Comcast’s fiber network not only supports the growing sophistication of the Braves organization, but also establishes SunTrust Park as the most technologically advanced stadium in the country,” said Comcast Regional SVP Doug Guthrie.

In March 2015, the Braves and Comcast announced a multi-year technology and real estate partnership that will deliver multi-terabit network capabilities to SunTrust Park and the surrounding community, making it the most technologically advanced mixed-use development in the U.S.

Comcast will provide video, voice and high-speed Internet connectivity throughout the 60-acre project, which includes the new ballpark, retail shops, restaurants, an office tower, hotel, an entertainment venue and residential units. The development’s all-fiber network will be capable of delivering multi-gigabit speeds throughout the complex on game days and every day in between. Comcast will also become the Braves’ signature tenant in a multi-story office building within the development that will house more than 1,000 Comcast Employees.