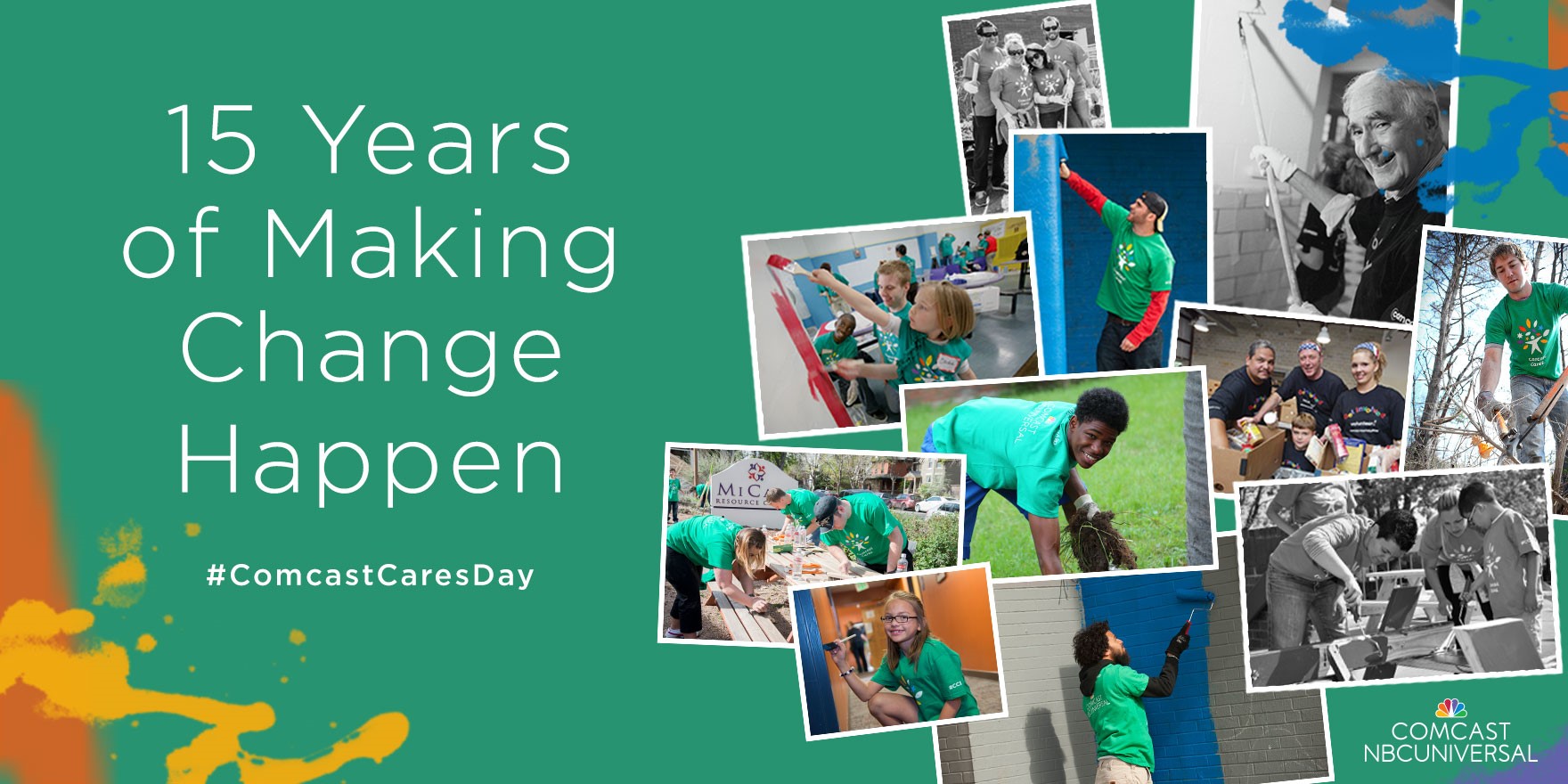 Atlanta, Ga. – April 25, 2016 – On Saturday, April 30, dozens of local Comcast NBCUniversal employees and their families, friends and community partners will “make change happen” as they volunteer at the Latin American Association as part of the 15th annual Comcast Cares Day. The facility is located at 128 Lawrenceville Street in Norcross, Ga.

Comcast Cares Day, which takes place each April during National Volunteer Month, is Comcast NBCUniversal’s companywide celebration of their year-round commitment to service and the nation’s largest single-day corporate volunteer effort in the country. This year, the Comcast South region will host 119 projects, with more than 40 projects being held across Georgia.

Starting at 8 a.m., dozens of volunteers will paint the interior of the organization’s office, clean-up the exterior of the facility, plant flowers and bushes around the building, and perform light construction tasks.

This year, Comcast expects more than 100,000 employees to participate in more than 800 projects across the country and around the globe. To date, volunteers have contributed more than 4 million service hours to improve nearly 7,000 projects in the U.S. and around the world since Comcast Cares Day started in 2001.

The Comcast Foundation will also provide grants to local community partner organizations across the country on behalf of everyone who volunteers on Comcast Cares Day. The grants will help Comcast’s community partners continue their mission of serving the community throughout the year. To date, the Comcast Foundation has awarded more than $18 million in grants to local non-profit organizations who have partnered with us on Comcast Cares Day.

Additionally, this Comcast Cares Day the Company is folding in the broad support and amplification of two other Company partnerships: Global Citizen, who organize the annual music and advocacy-focused Global Citizen Festival curated by Coldplay’s Chris Martin that has aired on MSNBC for the past few years, and Red Nose Day, a special television event with top musical and comedy performances that debuted on NBC last year. These initiatives aim to end extreme poverty, fight inequality and injustice, and tackle climate change globally and in the United States. By amplifying our support of these initiatives on Comcast Cares Day, Comcast NBCUniversal is providing additional ways to help drive positive change in our communities.

Comcast has been committed to serving local communities since our founding more than 50 years ago. For more information on Comcast NBCUniversal volunteer and community investment initiatives, visit http://www.comcast.com/community.

We are working to get your Xfinity services back online.  As power returns in your area, and it becomes safe for our technicians and restoration crews, we will … END_OF_DOCUMENT_TOKEN_TO_BE_REPLACED

In Honor of Comcast Awarding Over $100,000 in Leaders and Achievers  Scholarships to High School Seniors Across Georgia Comcast NBCUniversal today announced … END_OF_DOCUMENT_TOKEN_TO_BE_REPLACED