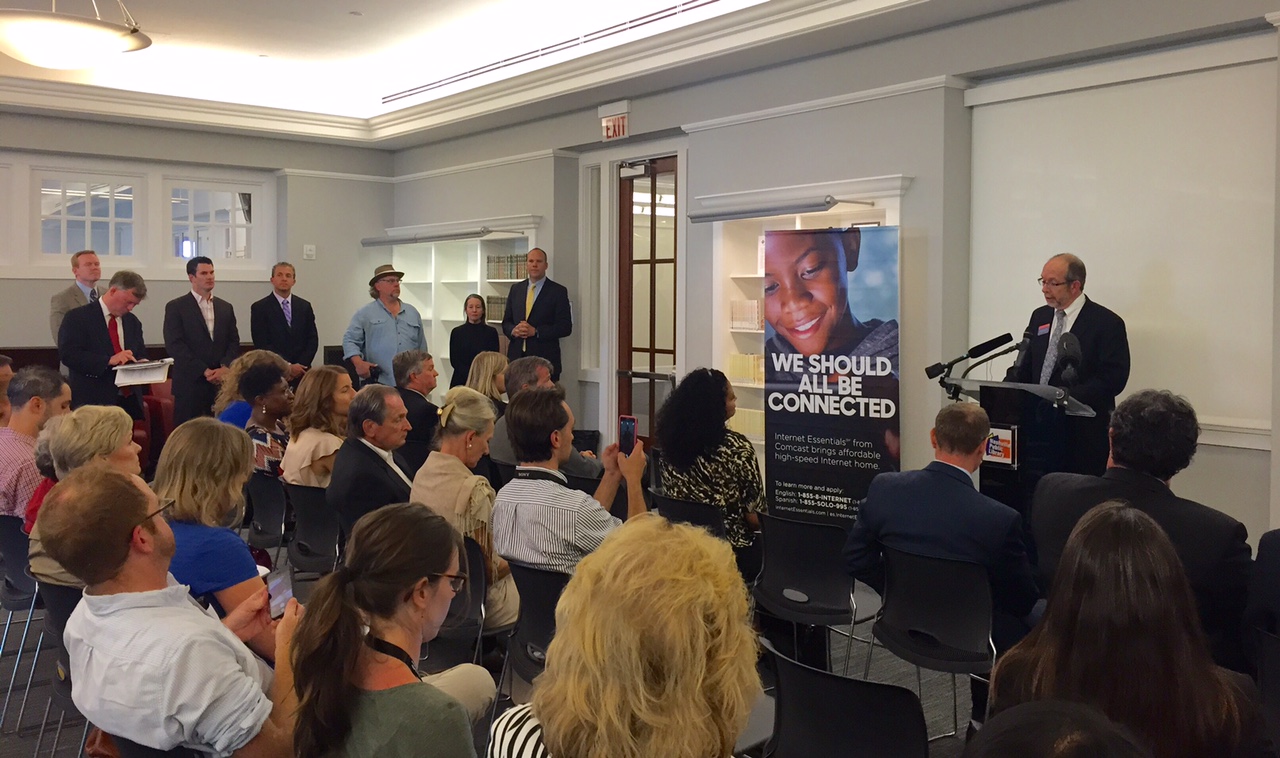 Metro and Partners Launch $400,000 Fund to Bridge the Digital Divide

NASHVILLE, Tenn. – Mayor Karl Dean, joined by representatives of Comcast, The Community Foundation of Middle Tennessee and others, today announced the launch of a fund that will aim to close the digital divide in Nashville.

The Digital Inclusion Fund of The Community Foundation of Middle Tennessee will provide free or low-cost Internet access, computers, devices, training and support to Nashville citizens who don’t have them now. More than 40 percent of Metro Nashville Public Schools students did not have access to computers or Internet connectivity at home in 2012.

Mayor Dean called the lack of access “a wall that seals off too many people from the digital know-how that will carry many of us into the next decade.”

“I look forward to seeing the results the Digital Inclusion Fund will achieve in the years ahead – results that can make a profound difference in the life of our city by building bridges over the digital divide,” the mayor said.

Metro Government invested $100,000 in the fund in the current fiscal year’s budget. Comcast, along with other corporate and community partners matched Metro’s donation, bringing the fund’s current balance to more than $400,000.

The Community Foundation of Middle Tennessee will invest the fund’s assets and make grants to qualified organizations to work on broadening digital access, hardware and training.

During an event at Nashville Public Library, Mayor Dean thanked each of these organizations for their generous donations and their other efforts to bridge the digital divide, including Comcast’s work to provide extremely fast Internet and television service and Comcast’s Internet Essentials initiative to bring access to low-income families.

“Access can help these citizens feel more included in the life of the city, which will have a big impact on public education, public safety and economic development, our city’s top priorities,” Mayor Dean said.

“Mayor Karl Dean and Metro Nashville Public Schools have been invaluable partners throughout the life of Comcast’s Internet Essentials program and have greatly contributed to our bringing the Internet to  more than 6,000 low-income families in Middle Tennessee since the program began in 2011,” said Doug Guthrie, Senior Vice President, Comcast. “We are proud to support the Digital Inclusion Fund as an important next step in the ongoing community-wide effort to bridge the digital divide in Nashville.”

We are working to get your Xfinity services back online.  As power returns in your area, and it becomes safe for our technicians and restoration crews, we will … END_OF_DOCUMENT_TOKEN_TO_BE_REPLACED

In Honor of Comcast Awarding Over $100,000 in Leaders and Achievers  Scholarships to High School Seniors Across Georgia Comcast NBCUniversal today announced … END_OF_DOCUMENT_TOKEN_TO_BE_REPLACED