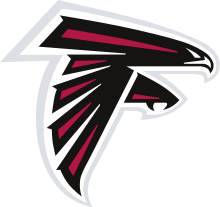 In addition to their standing as title sponsor of Atlanta Falcons Training Camp, Comcast will continue to have a strong presence during the 2014-2016 seasons at the Georgia Dome. Benefits of the partnership include specialized branding, leveraging of team marks, and enhanced experiences for Atlanta Falcons fans through customized promotions and interactions on game-day.

“We’re very pleased to extend our established relationship with Comcast and the Xfinity brand,” said Tim Zulawski, Atlanta Falcons Vice President of Sales and Service. “Our partners at Comcast truly understand our commitment to providing Falcons fans with the best experience possible, whether at training camp or on game-day at the Dome. We look forward to continuing this successful partnership.”

“We are proud to further our partnership with the Atlanta Falcons, and are especially excited that the Xfinity brand will be so closely aligned with the team’s training camp for the next two seasons,” said Doug Guthrie, Regional SVP of Comcast. “The Falcons continue to lay the foundation for building a very successful franchise, and we look forward to being a key partner as their achievements continue on and off the field.”